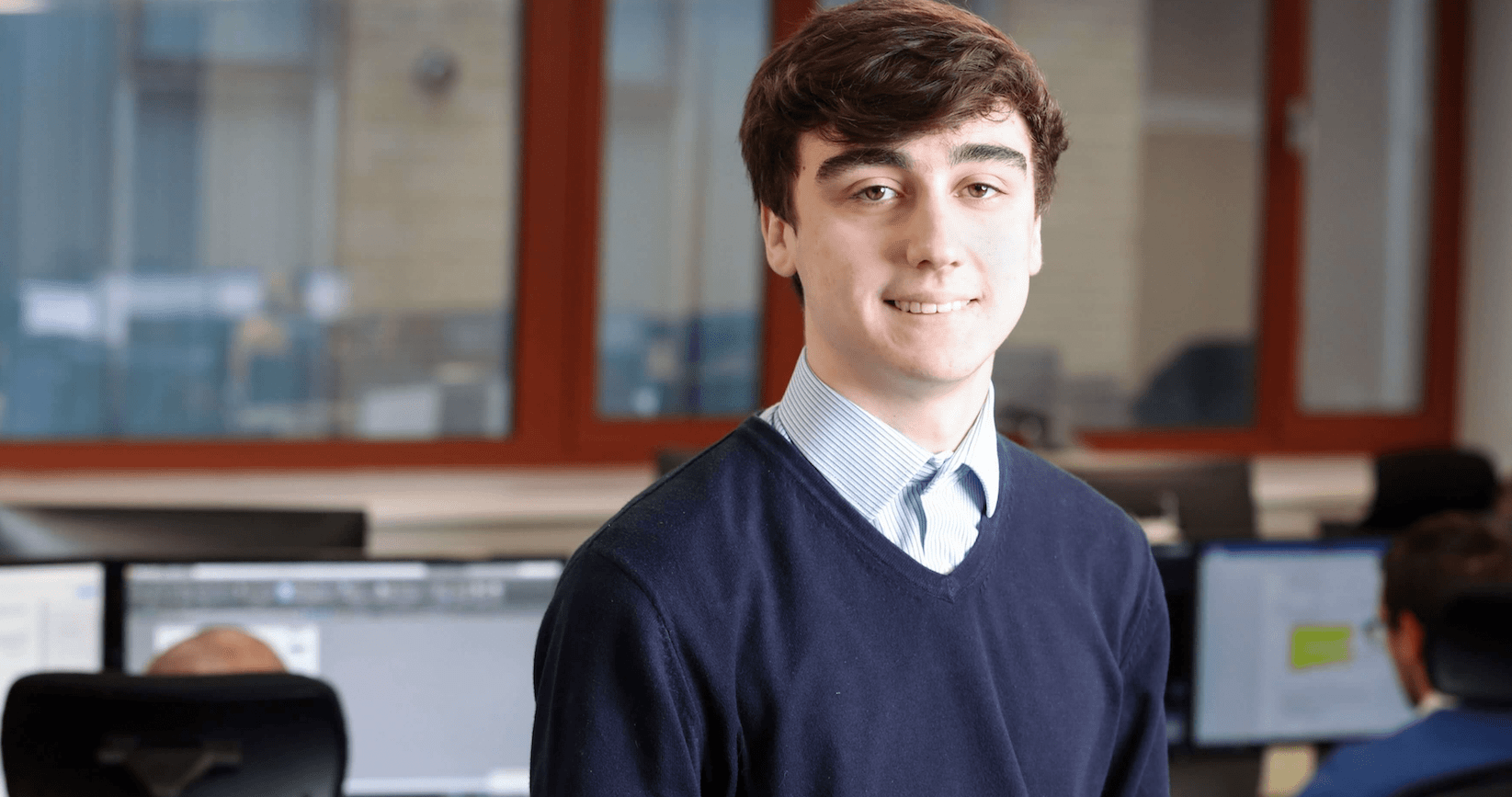 Nathan Guy, one of Sutcliffe’s engineering apprentices, has been shortlisted in the Apprentice of the Year category at the Insider Made in the North West Awards after joining the company in 2018.

Under the guidance of our senior engineers, Nathan has grown both personally and professionally over the last 12 months at Sutcliffe, directly inputting on the planning and delivery of six figure projects, including Halton Court, Altbridge Social Housing and the Bradford Ambulance Station refurbishment.

Nathan’s role has been ever-changing here at Sutcliffe, with his responsibilities now incorporating the mentoring of other young members of the team.

Confidently performing whatever task comes his way, Nathan’s enthusiasm and vast knowledge is a huge benefit to the company.

We spoke to Nathan about his time with us at Sutcliffe and the journey leading up to his apprenticeship, and learned that his interest in civil and structural engineering was born out of a passion for science and maths:

Nathan said: “I always enjoyed maths and science while I was at school and I wanted to find a career in something relating to those subjects – structural engineering was ideal for this”.

After doing work experience with us while completing his GCSEs, and later during his A-Levels, Nathan grew familiar with Sutcliffe’s processes and employees.

Managing Director, Sean Keyes offered to take Nathan on as an apprentice after he completed his A-Levels, which Nathan described as “a perfect opportunity”.

When prompted about the best part of being a valued member of Sutcliffe’s team, Nathan said:

“Being surrounded by so many experienced engineers who have guided me, whilst also giving me the opportunity to be independent and have my own responsibility within my work, is something I am really grateful for.”

Nathan’s advice for any young person thinking about becoming an apprentice is that, “It’s a great avenue for developing your skills in a career path that you are interested in, while also gaining experience. You’re surrounded by experienced individuals in an environment where an answer for a problem is never too far away.”

Nathan plans to finish his apprenticeship with us at Sutcliffe and then graduate university to become a fully chartered engineer. We will be keeping our fingers crossed for good news at the awards on July 28th.