The growing rate of modular homes across the UK 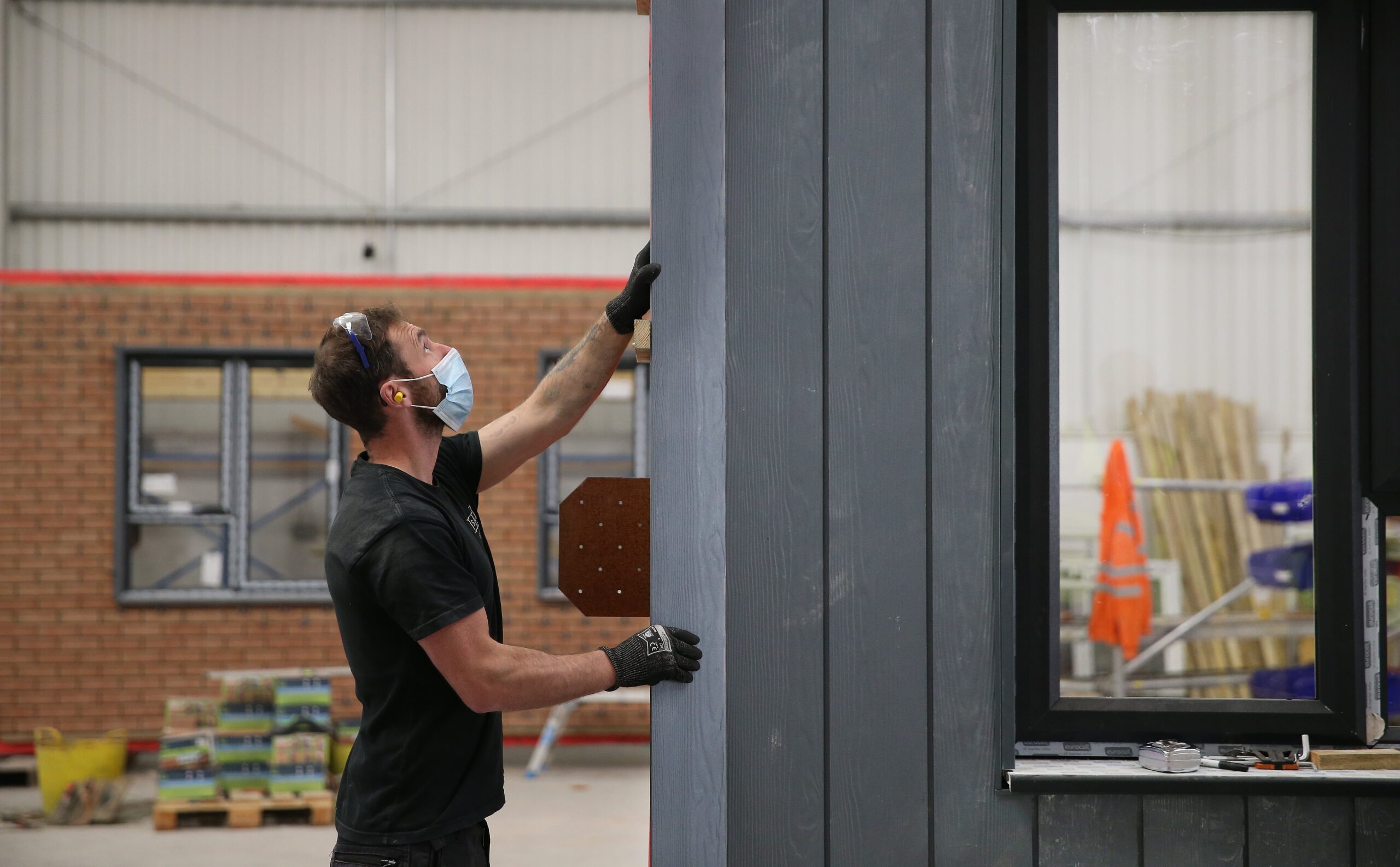 During 2017-2018, only 7.5% of the homes built in the UK used modular construction, according to Forbes, and although this number has grown year on year, this is still a long way short of market leader, Sweden’s mammoth 45%.

With saving time, saving money and providing a quality product top of the Government’s Home Building Agenda, there is now a big push to emulate Scandanvia’s forward-thinking modular approach, in order to solve the housing crisis that we currently find ourselves in.

Housing and regeneration aficionado, Mike De’Ath, and the Government’s modern methods of construction champion, Mark Farmer, are constantly beating the drum for modular housing, both believing that an additional 75,000 homes per year could be coming to our shores by 2030, in the process creating thousands of new jobs and boosting the economy, which has been dented during the last 18 months thanks in no small part to the pandemic.

With more bespoke modular factories being built in the UK, the approximate figure of 15,000 modular houses built per year will continue to rise, and with civil and structural engineering firm, Sutcliffe playing its own part in the ‘modular revolution’, Managing Director, Sean Keyes believes that the construction sector is in the perfect position to fly the flag for prefabricated buildings in the North West and beyond.

Having recently completed work on an affordable modular family homes scheme on Shorrock Lane alongside Great Places Housing Group, Sutcliffe has long been an advocate of prefab work, with Sean Keyes stating that the recent evolution of modular construction has been a real positive for the industry.

Prefabricated methods of construction have been around for over 12,000 years, with the Egyptians using forms of semi-modular construction when building the pyramids.

In today’s society, modular construction revolves around buildings that are constructed in a factory and brought to site.

The advantages of this are usually that the time on site is shorter and the quality of the product is higher.

The Government’s 2017 budget announcement promised 300,000 new houses a year, which was well-received across the industry. However, this is yet to materialise with the latest figure of 247,000 built-in 2019 falling 53,000 short of the target.

The aforementioned Shorrock Lane scheme was funded by a £3m investment from the Great Places Housing Group, and the hope is that the group will be working on plenty more similar schemes in the future.

Modular homes built en masse are certainly seen as the way to bridge the gap towards reaching Number 10’s lofty target, and despite many still favouring the more traditional forms of construction, Sean believes that modern methods of construction are here to stay, especially as the Government leans on companies such as Sutcliffe to reboot the economy post-Covid:

“There are some projects that need to be completed in a speedy and efficient manner and that is where mass-produced housing really comes into its own.

Joseph Daniels, founder and CEO of Project Etopia, hit the headlines at the Offsite Manufacture Conference in 2019 when he stated that start-up modular manufacturers are finding it much easier to find opportunities abroad compared to the UK, with China and India, in particular, boasting some of the largest modular factories in the world.

One of the biggest disadvantages of modular housing is the inability to oversee production from the UK when they’re being pre-made thousands of miles away.

Chair of ACE North West and a true supporter of creating opportunities for local people through apprenticeship schemes, Sean is hopeful that the minor issues from modular housing can be ironed out, in the process attracting a raft of new professionals to the industry:

“My dream would be to see more modular factories built in the UK to boost our economy and more high-skilled jobs created.

“The construction industry needs to be building quality homes at an affordable price and there is no doubt that we are on the right track to doing just that, and this will continue to accelerate if we invest in new technologies including modular.”

Working on one of Liverpool’s first ever McDonalds restaurants, which in fact was a modular construction development, Sutcliffe as a company predicts that modular homes will cover approximately 10% of the market in a decade’s time.

And with plenty in the pipeline moving forward for prefab sites, Sean has spoken of his desire to work on more projects similar to McDonalds on Prescot Road and the Shorrock Lane scheme in the future:

“We are very much a market-driven entity and as the industry changes and more modular houses are made, we will happily follow that trend and provide our services on many more sites.

“There are certain types of projects that need to be completed at speed and we have a proud track record for doing just that…with McDonalds built in a week.

“Modular housing is a growing part of the construction industry in the UK and I look forward to seeing the 300,000 new homes a year figure surpassed in the not so distant future with the help of prefab, and Sutcliffe as a company playing their own small part in this.”