A Sutcliffe previous project hits TV screens in War Of The Worlds! 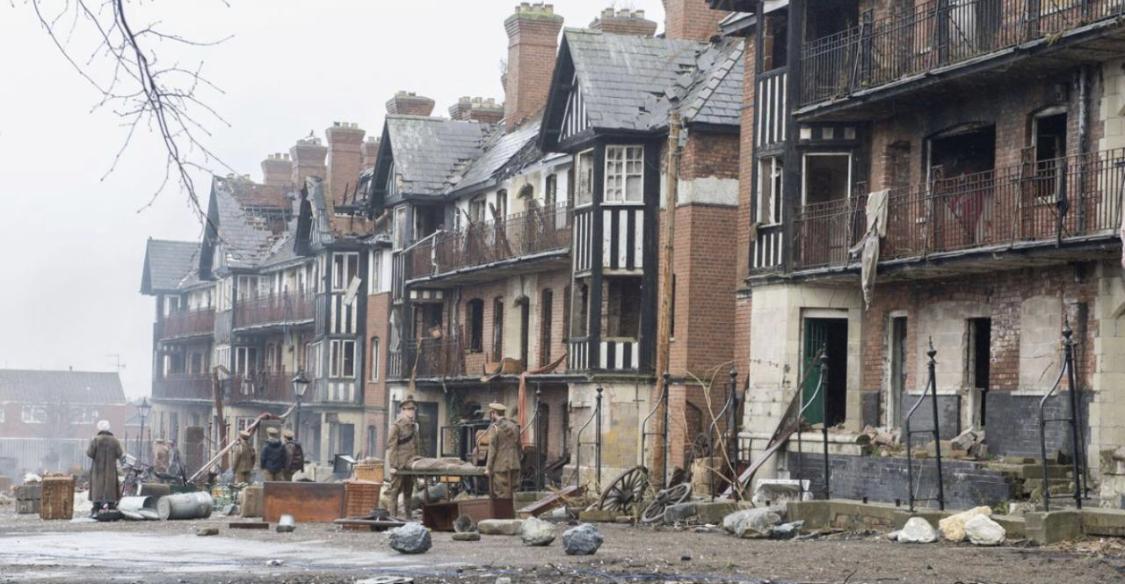 BBC series War Of The Worlds has stunned viewers with shots of Liverpool looking beautiful – including our past project Eldon Grove in Vauxhall, which was the backdrop for some scenes!

Eldon Grove is one of the UK’s first social housing blocks, dating all the way back to 1912. Our team of experienced structural and civil engineers here at Sutcliffe have been involved in this historic site for the last 20 years, after the development fell into disrepair and became derelict.

In 2016, Liverpool City Council approved plans to overhaul and restore the Grade II listed buildings at Eldon Grove, and our team have been dedicated to working in conjunction with the council to redevelop the area since.

Work has begun to turn the buildings into a number of flats and penthouse apartments. Building work was delayed minimally for filming of War of the Worlds to take place.