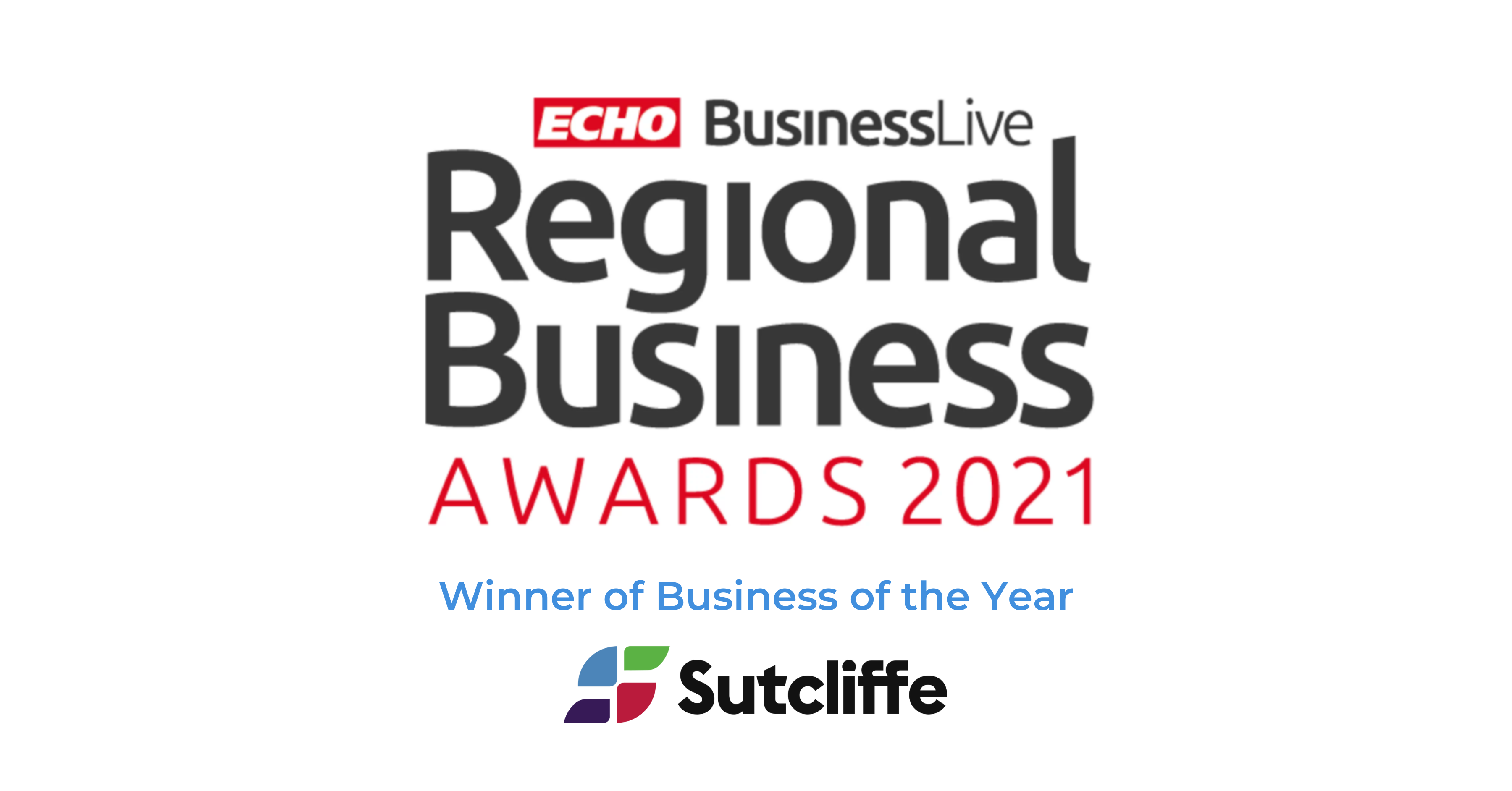 Structural and civil engineering firm, Sutcliffe is proud to announce that it has won the Business of the Year award at the Liverpool Echo Regional Business Awards.

Despite only being halfway through 2021, Sutcliffe has had a remarkable year so far, and the Business of the Year award confirms that the winning streak is not over yet!

In March, Sutcliffe announced a 5% increase in profit for the first half of its financial year, compared to the same period in the previous year.

They’ve similarly had some fantastic project wins, such as extensive geo-environmental investigations for Salford City Council at Riverside Palace Fields, a major housing development at the Knoll & Uplands in Runcorn, the Jubilee Centre for Bolton Council, and a large new housing development in Anglesey, Wales.

Sutcliffe will also be celebrating its 35th anniversary later this year, after being delayed due to COVID-19.

Managing Director, Sean Keyes said: “We’re all delighted – family, friends and everyone that’s worked here. As a company that was founded in Merseyside and used the Liverpool Echo as a way to find business in our early years, it is a huge honour. As a former Echo delivery boy myself, it is great to win their award!

“The staff at Sutcliffe have worked incredibly hard and one of the biggest positives from the pandemic has been how hard our team has worked. This award is for all of us, our suppliers and accountants, to our lawyers and our PR team at Moore Media.

“Winning the award will help us to organically grow the business, continue to recruit quality staff, as well as upholding our reputation as a quality and ethical provider, as we celebrate the successes of our staff, our company and our wider team.”