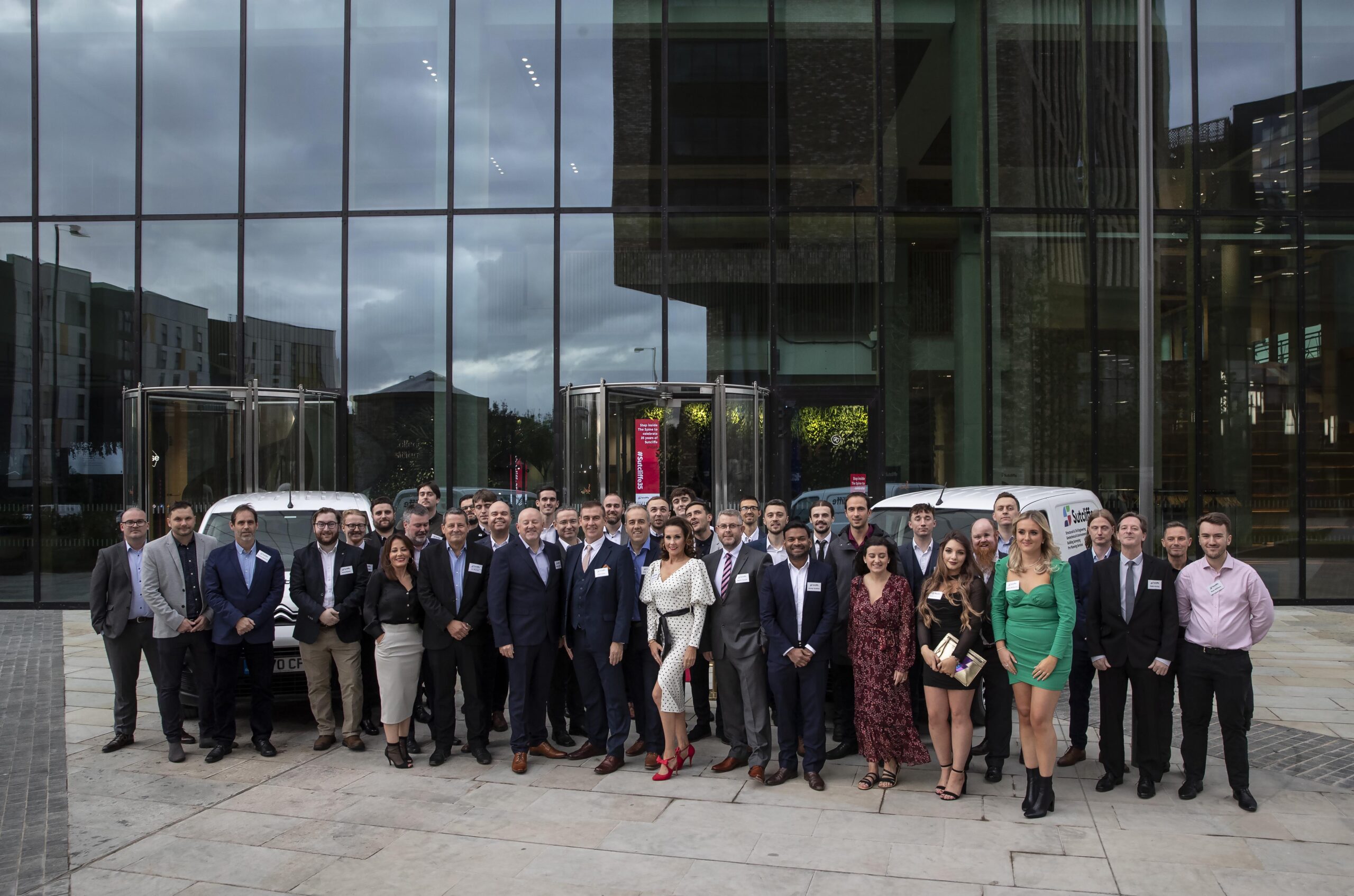 Our night of celebrations has been in the planning stages for months and #Sutcliffe35 certainly lived up to its billing as a party that will be remembered for at least the next 35 years in our office!

With the red carpet rolled out for all our guests outside The Spine building in the Knowledge Quarter, the night began with pictures over the Liverpool skyline, reconnecting with friends and colleagues, both old and new, and the most beautiful violin accompaniment from the very talented Lara Simpson.

As the evening went on and more connections were made, it was the time for the Director’s speech. Managing Director, Sean Keyes looked back on an incredible three decades of Sutcliffe and took a trip down memory lane recounting the three decades he has been a part of Sutcliffe, alongside many people in the room that have assisted Sutcliffe over the company’s history.

Sean also looked ahead to the future, with new appointments, high-profile project wins, an apprenticeship programme and the search to grow the business further into the future.

After receiving a generous round of applause and plenty of laughter throughout his long-awaited speech, the 200+ strong crowd headed up to the 13th floor of the Spine and as the drinks continued to flow and the mouth-watering food was served, the party began.

Overlooking Liverpool’s skyline from the top floor, with the Anglican and Metropolitan Cathedral, Radio City Tower, the Royal Albert Dock Liverpool and the Three Graces sat glowing in the distance, the music courtesy of Apres Music (Beats By Tom and Johnny Sax) began to boom from the speakers and in a joyous mood, smiles could be seen from every corner of the room.

A quick interlude from the DJing, saw the one and only William Baldwin preview his Strictly Ballroom Samba alongside dance partner Julie Yates and after wowing the crowd (are you surprised!?), the dance floor filled up and the catchy beats went on late into the night, with magic tricks supplied by Lee WellZy for those propping up the poseur tables.

Shining a spotlight on what has been a record-breaking 12 months…and 35 years for Sutcliffe, we’d like to thank you all for your continued support, and playing your own part in a night that we will never forget.

As we did on Thursday, let’s raise a glass (or a cup of coffee if you’re in the office) to our anniversary and here’s to many, many more years of construction, civil & structural engineering, laughter and collaborations in the Liverpool City Region, North West and beyond.