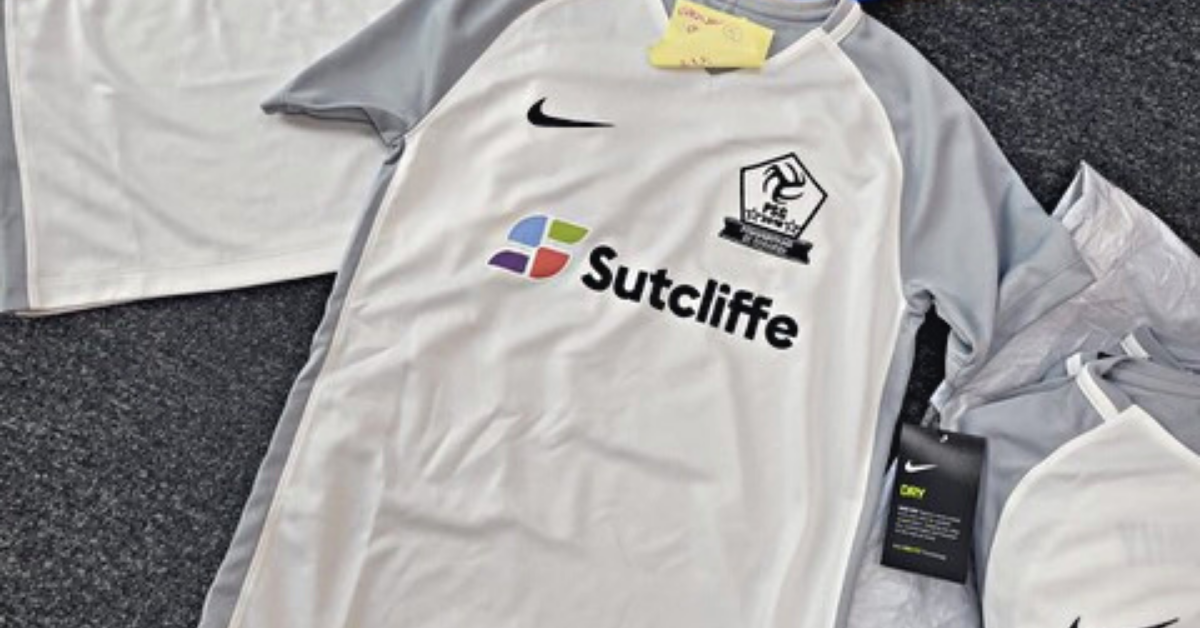 Penwortham St. Gerard’s Football Club has a junior football team, which plays in the Mid Lancashire Colt League and is open to both boys and girls.

The club was established in 2018 to allow underprivileged children in Preston the chance to get involved with something meaningful and entertaining. The community was aware of the lack of activities, in particular the opportunity to play football in a structured environment, and decided to do something about it.

Forming this football club has enabled a group of young children to build a real sense of community and become a part of something worthwhile. The impact this has had is very clear, as the children are heavily involved in all aspects of the club – they named the team, chose the kits, and got stuck into the behind the scenes operations.

Sutcliffe has sponsored both the under 9’s and under 11’s home shirts for the 21/22 season.

PSG Chairman, Darren Webster talks about the uncertain times throughout COVID-19 and looks forward to starting a new season:

“Over the past two years, we have faced uncertain times, but now we are about to start a new season.

“The children will be absolutely amazed when they see what Sutcliffe has donated!

“We are all about making memories and the support from Sutcliffe will definitely aid us in creating them”.